This is a selection of photos taken by Bronwyn King at the final rehearsal and on the night in the Chapel of the Australian Centre for Christianity and Culture, 31 August and 1 September 2016. 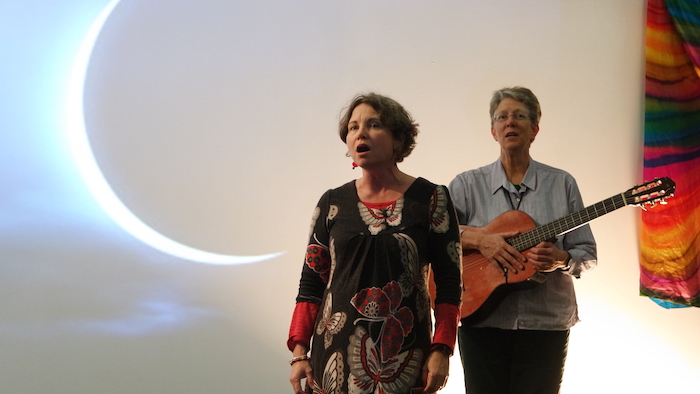 Jenny Sawer, our Ethos, in rehearsal 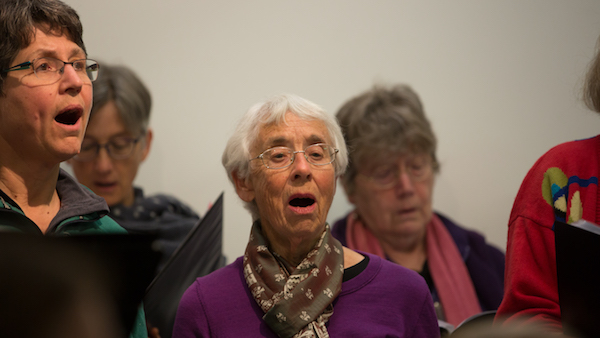 The Chorus women in rehearsal

Will Steffen, Climate Councillor, addressing the audience about our current situation 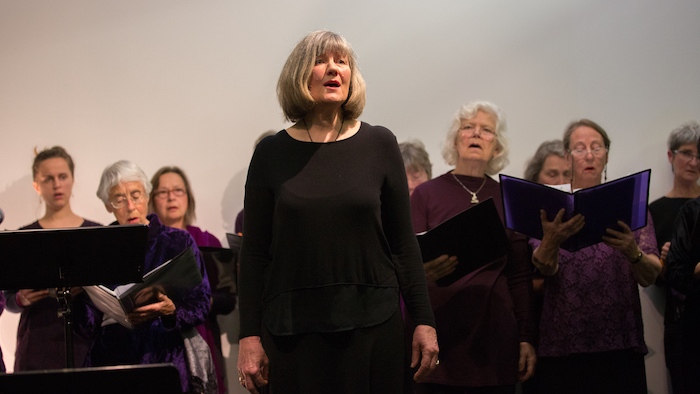 Canberra soprano Margaret Sim, a good friend of the Chorus

Audience members in the interval 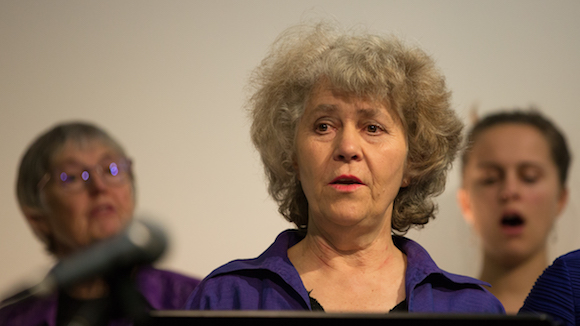 Johanna McBride leads singers and audience in singing Ubuntu - 'I am who I am because of you, we are who we are because of each other' 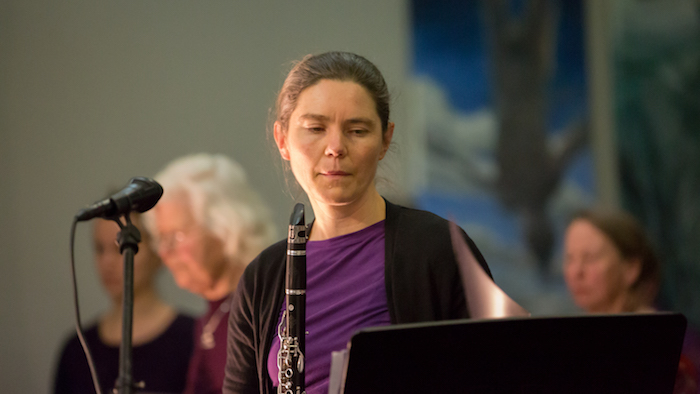 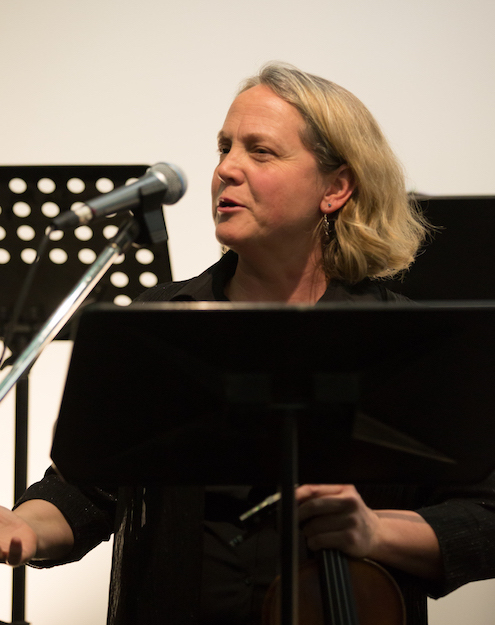 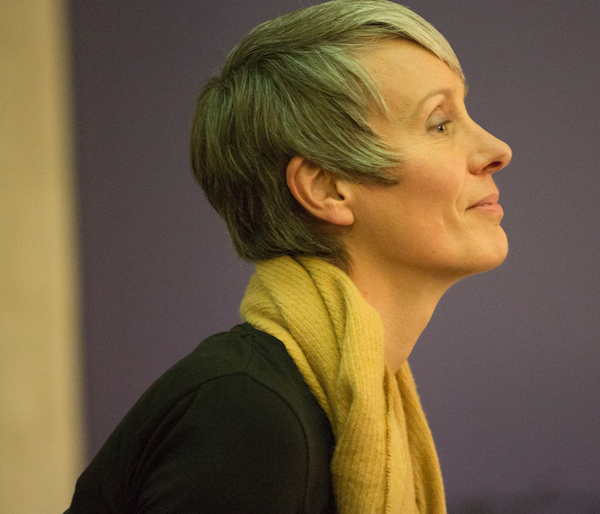 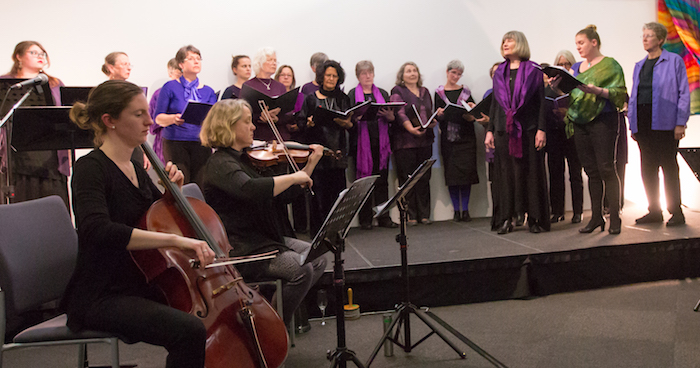 Glenda as cantor and Jenny as Ethos lead the Citizens' Chorus in the Reconciliation between the cities and the Earth, accompanied by Rowan Harvey-Martin, violin and Clara Teniswood, cello